The production area of Williams Trentino GI or Williams del Trentino GI is within the entire territory of the Autonomous Province of Trento.

The fruit spirit Williams Trentino GI or Williams del Trentino GI is exclusively obtained by alcoholic fermentation and distillation of Williams pears (Pyrus communis L. cv. Williams). To be released for consumption, the minimum alcoholic strength by volume shall be 40%. No addition of ethyl alcohol, whether diluted or not, shall take place. Flavouring is not allowed. It can be subjected to the ageing process in wooden containers, under official controls, in plants situated in the Autonomous Province of Trento.

The art of distillation in the Trentino area has ancient origins and has always been considered an important activity as testified by laws and regulations issued by public authorities; for example, the Proclama in materia de vini, vernazze et aquevite forastieri issued on August 7th 1697 by the Consular Magistrate of Trento in order to combat smuggling; or the 1757 Regulation on the provisions to be observed in the Magnificent Community of the Vicarage of Cembra. Aside from the distillation of grape marc for producing grappa, the distillation of fruits has also always been very common. Fruits most used were those from which cider is obtained (apples or pears); cider was a substitute for wine in the valleys where the vines were not cultivated. After the Second World War, the art of distilling fruits took off the ground with the production of high quality products, thanks to the abundance of raw materials and the creation of the new method of distilling Tullio Zadra.

Geographical Indication Williams Trentino or Williams del Trentino is registered in the Annex III of Regulation (EC) n. 110/2008 on the definition, description, presentation, labelling and the protection of Geographical Indications of spirit drinks and repealing Council Regulation (EEC) No 1576/89 (published in the Official Journal of the EU of 13 February 2008; L. 39) as modified by the Reg. (EC) 1067/2016 and by Reg. 674/2019. Notwithstanding the entry in force of the new Reg. UE 787/2019 which is replacing Reg. 110/2008 and that applies to GIs from 8 june 2019, Annex III still stand until the creation of GI’s Register referred to in article 33 of the new law. Generally, article 24 paragraph 1 of Regulation 787/2019 provides that for every Geographical Indication has to be presented a technical file containing requirements requested by article 24 itself. In Italy the approval and presentation procedure of technical files is defined by Ministry of Agricultural, Food and Forestry Policies decree of May 13, 2010. The technical file is contained in the Ministry of Agricultural, Food and Forestry Policies decree of November 28, 2014 (published in the Italian Official Journal n. 287 of December 11, 2014). 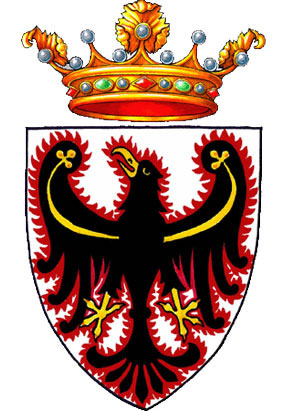