The Uva da Tavola di Canicattì PGI refers to the fresh table grape belonging to the Vitis vinifera L. species, deriving from the Italia variety, known as “Pirovano 65”, which is obtained from the hybridisation of Bicane with Moscato d’Amburgo.

The production area of Uva da Tavola di Canicattì PGI is within the territory of several municipalities in the provinces of Agrigento and Caltanissetta, in the Sicily region.

The tendone high training system is used, with arches from 2,80 x 2,80 metres up to 3,00 metres and a density of 1.100 plants per hectare. A series of “green procedures” must be carried out before the bunches are fully ripe: pruning, organic- mineral fertilisation, elimination of the buds, de-leaving, straightening the bunches. “Green” interventions serve to integrate and complete winter pruning, with the aim of maintaining a balance between the vegetative stage and reproductive stage of the plant. In order to be able to improve the quality of the production and the conformation of the bunches, the vines are thinned and selected. Emergency irrigation is carried out when necessary due to the excessive dryness of the production area. The vines are covered with special material in order to guarantee the conservation of the grapes on the plant: in this way, the seasonality of the fruit is extended and harvesting can be carried out over a particularly long period of time, starting during the second ten days of August and finishing during the first ten days of January. A maximum unit production of 250 quintals of grapes per hectare is consented.

Uva da Tavola di Canicattì PGI has sparse even-coloured bunches, with a medium-large size and a conic-pyramidal shape. They have harmoniously developed stalks and a woody peduncle. The grapes are medium-large with a spherical-elliptic shape. The flesh is dense and crunchy, ranging from pale yellow to golden straw yellow in colour, with a sweet flavour and a delicate Muscat aroma.

Up until the mid-XIX century there was no distinction between table grapes and grapes for wine making. The differentiation was officially sanctioned in Italy in 1887, when an ad hoc law to valorise wine grapes in respect to table grapes was requested of the Government. The cultivation of the Italia variety dates back to the mid-XX century and its name was given in honour of the Unification of Italy. In fact, it was at the beginning of the XX century that agronomist Alberto Pirovano created this variety by hybridising the Bicane grape variety with Moscato d’Amburgo; the new variety found the ideal micro-climate in the area of Canicattì. However, it only became an established cultivation at the beginning of the 1960s, becoming a substitute for the traditional crops of cereal, almonds and legumes.

Uva da Tavola di Canicattì PGI can be stored for over a month if kept at low temperatures. To best utilize this fruit’s disinfecting, antiviral, diuretic and laxative properties, it should be eaten in the morning on an empty stomach. In cooking it can be used as an ingredient for the preparation of cakes, jams, marmalades and juices, but it is also ideal for using in savoury dishes, especially those with pork.

The product is marketed as Uva da Tavola di Canicattì PGI. It is sold from the second ten days of August to the first ten days of January, in chests or containers with a minimum capacity of 0,5 kg.

The colour and crunchiness of Uva di Canicattì PGI are given to the high concentration of calcium in the soil of the production area. Furthermore, the climatic characteristics of the region allow the fruit to remain on the vine until the beginning of January, which guarantees that the product is always fresh. 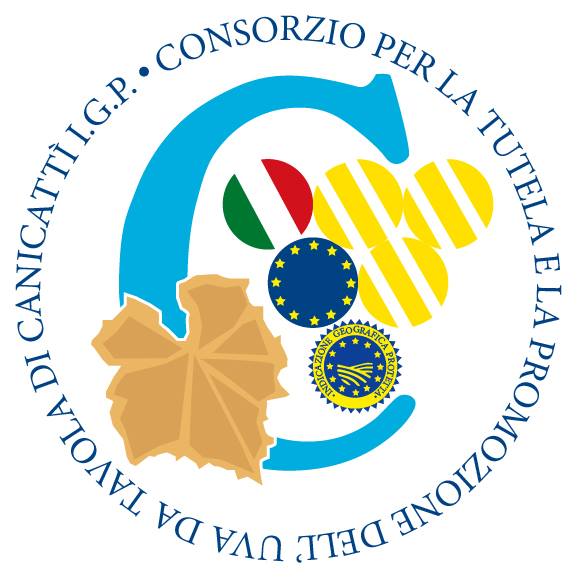