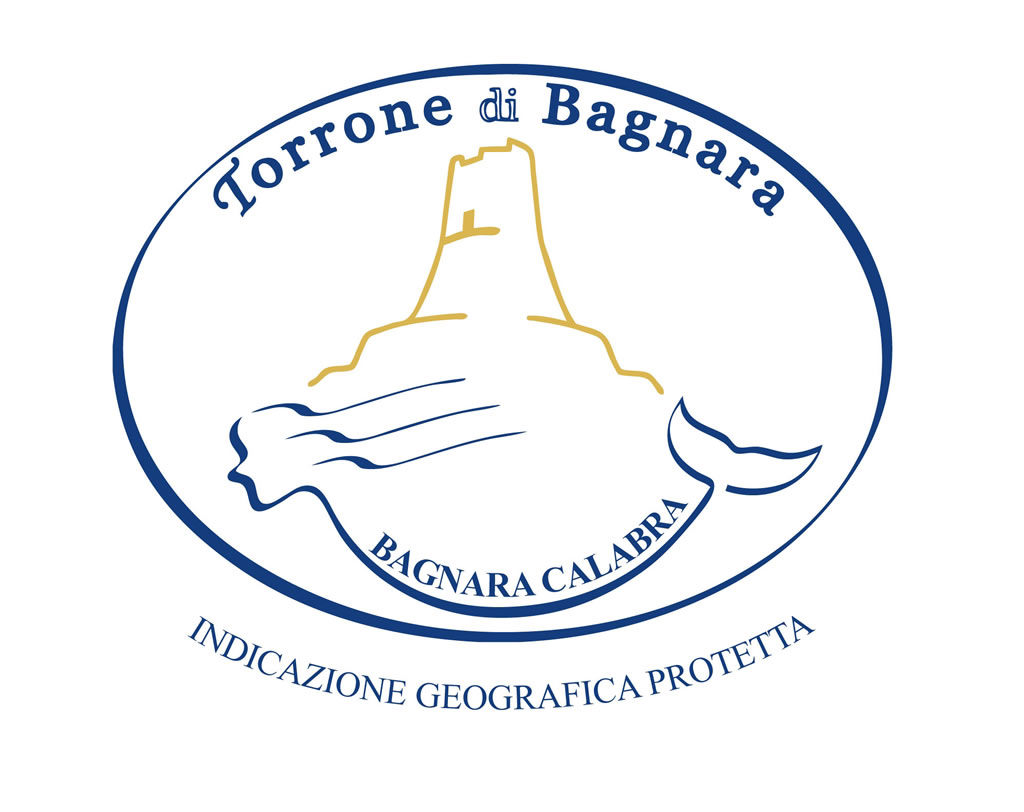 The production area of Torrone di Bagnara PGI is within the territory of the Municipality of Bagnara Calabra in the Province of Reggio Calabria, a small town found a few kilometres away from the Messina Strait, in the Calabria region.

The product is obtained through a meticulous procedure that requires the exact dosage of the ingredients and the use of a complex high-heat cooking technique with a living flame. The latter stage is followed by refining processes, which in the ancient jargon of this traditional production, give Torrone di Bagnara PGI its so-called “monk’s cloak” appearance. The outer surface is then coated with granulated sugar for the Martiniana variety, or with a mixture of sugar and cocoa powder for the Torrefatto Glassato variety.

Torrone di Bagnara PGI must have a length of 4 to 12 cm and its weight may vary from 14 to 35 g. The first bite reveals a crumbly and crunchy consistency, while on the palate the sweetness of the nougat is balanced out by the flavour of toasted almonds and a distinct sensation of burnt sugar, with a light spicy aftertaste that in the Torrefatto Glassato variety also encompasses a hint of unsweetened cocoa. The outer surface is rippled and brown, referred to as being “like a monk’s cloak.” It is brown on the inside and filled with evenly distributed almonds.

The origin of Torrone di Bagnara PGI is linked to the combination of the traditional local production of almonds and honey and the trading of sugar in the small seafaring town. Archival documents show that the monks at Bagnara Abbey were already experts in confectionary in 1700, particularly nougat, which at the time was called martiniana.The first Torrone di Bagnara PGI factory was built in the mid-Nineteenth century. It was Queen Margherita of Savoy’s favourite nougat and to show her appreciation she gave a royal pin to one of the local producers, granting him the right to use the royal stem in the company logo. The history of nougat production in Bagnara has been created by the many family-run artisan shops, which over the centuries created a unique culture in the hand processing of this product, which differs from other nougats due to the particular processing techniques.

Torrone di Bagnara PGI has a shelf life of one year, but in order to fully appreciate the organoleptic qualities it should be consumed within three months of packaging. It should be kept in a dry place so that it does not absorb moisture that would soften it too much, causing the frosting to melt or the formation of cracks that could ruin the special crunchy texture. Torrone di Bagnara PGI was traditionally eaten over Christmas, although over time and with the diffusion of its distinctive qualities, we are witnessing a gradual extension of the period in which it is consumed. One of the most typical pairings is Zibibbo, a sweet dessert wine produced from grapes grown on the typical terraces known as armacie.

Torrone di Bagnara PGI is fruit of the expert artisanality and experience of generations of Bagnara nougat makers, who found a way of adding a touch of originality to the production process by introducing processing stages such as “the monk’s cloak” and “the vitreous break”, which have contributed to defining the unusual organoleptic qualities of the product.