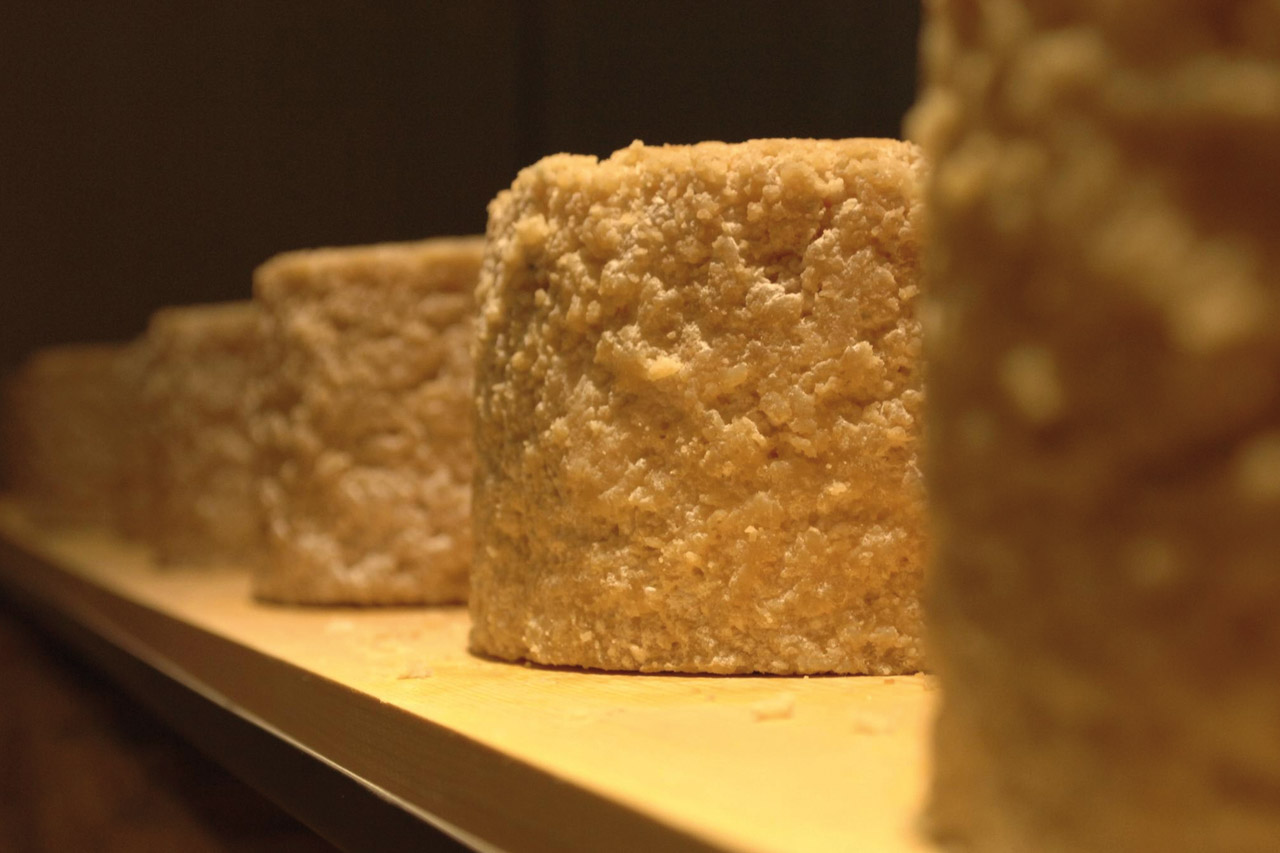 The Tiroler Graukäse PDO is a sour milk cheese, produced with fresh or pasteurized Tyrolean cow's milk, mostly skimmed without the addition of rennet.

The milk is clotted with lactic acid only to obtain the curd. This is slowly broken, heated and kept for several hours at room temperature, then collected in cloths or moulds. After being purged, salt is added and it is then subjected to drying in an appropriate room with a sufficiently hot temperature. The form is then left to mature for a varying period of time depending on the maturation level of the cheese required.

Tiroler Graukäse PDO develops gray-green mould during maturation. It has no rind and the paste is marbled with an internal white core that, depending on maturity, can become yellow and greasy. It has an elongated shape, with a weight of about 3 kg and has an acrid taste, from savoury to very hot and spicy.

The production of Tiroler Graukäse PDO is an important part of rural Tyrol's gastronomic heritage. The first evidence of its production dates back to 1879 but it is known that it was already produced in the Middle Ages. The increase on farms is due to the simplicity of the production process and therefore the ability to produce it in small farms. As a result, this cheese has become part of many farmhouse recipes.

For proper storage, Tiroler Graukäse PDO should be kept in a cool but not too cold place in its original wrapper. It is ideal as a table cheese, seasoned with olive oil, vinegar, salt, pepper, onions and farmhouse bread. It is also very popular served with roast potatoes and salad.

The product is sold as Tiroler Graukäse PDO. It is marketed in forms of 1,9 kg, 1 kg or in smaller packs of 300 gr. Some characteristics of the cheese vary depending on whether it is produced in the upper or lower valley of the Inn: in the first case the cheese is oily and very mature, while the second has a texture similar to ricotta, with very slow maturation.

Tiroler Graukäse PDO is characterized as a territorially defined regional product. This contributes to the processing method and especially the quality of the milk used, which is distinguished by its bacteriological and chemical characteristics.