Robiola di Roccaverano PDO is a soft cheese produced with raw whole goat’s milk, either pure or with a minimum of 50%, with the addition of whole cow or sheep’s milk (maximum 50%). The milk must be obtained from goats belonging to the Roccaverano and Camosciata Alpina breeds and their cross-breeds; from sheep belong to the Pecora Delle Langhe; from cows belonging to the Piemontese and Bruna Alpina cattle breeds and their cross-breeds. It is produced in the typologies Fresca (fresh) and Affinata o Stagionata (refined or mature).

The milk comes from consecutive milkings carried out over a time span of 24-48 hours. After natural acidification has occurred, animal rennet is added to the milk and the liquid is left to curdle for 8 to 36 hours, depending on the climatic and environmental conditions. The sour curd is then transferred into perforated molds with a base. The whey can be purged before the shaping of the cheese, by leaving the forms in a cloth to drip. The cheese remains in the molds for up to 48 hours, during which time they are periodically turned. The product is dry salted on both sides during turns, or at the end of the shaping process. Natural ripening occurs by storing the fresh product in suitable rooms for at least three days. Robiola di Roccaverano PDO is considered mature from the 10th day after it has been put in the molds.

Robiola di Roccaverano PDO has a cylindrical shape with flat surfaces that are slightly fringed. Its weight varies from 250 to 400 g and its height from 2,5 to 4 cm. It can be Fresca (ripened for 4-10 days) and Affinata o Stagionata (ripened for at least 11 days). The fresh product is free from rind or has a light natural coating of mould; the refined or mature product has a straw or reddish-brown rind with an inflorescence of mould. The fresh cheese is fine-grained, creamy and soft, becoming more compact with aging. The colour ranges from milky white to cream and/or yellow. The flavour and aroma are delicate, tasty and slightly acidulous, stronger in the mature cheese.

The origins of Robiola di Roccaverano PDO date back to the Celts, who settled in Liguria and started to make a very similar cheese. Later, with the arrival of the Romans, this cheese took the name rubeola, from the Latin word ruber, which indicates the colour acquired by the rind at the end of the ripening process.

If kept in the fridge, Robiola di Roccaverano PDO should be placed on a porcelain or ceramic plate and covered with a lid of the same material; the porosity of the recipient allows the cheese to breathe. In some areas it is conserved in oil. It is a very good table cheese, both fresh and mature, and is delicious dressed with oil and chili pepper. However, it can be also used as an ingredient in the preparation of fillings for local dishes such as pasta and savoury flans. It should be paired with wines such as Barbera del Monferrato Superiore PDO or Barbera d’Asti PDO.

The product is marketed as Robiola di Roccaverano PDO: Fresca and Affinata or Stagionata. It is sold year-round in whole forms.

The characteristic flavour of Robiola di Roccaverano PDO is given to the goat’s diet of herbs, varying according to the season, producing milk with a distinctive aroma. One of the dairies most preferred herbs is Sainfoin, which gives the cheese a particularly sweet taste. 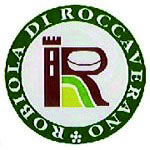