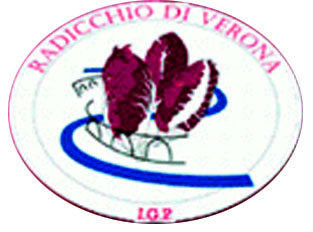 The production area of Radicchio di Verona PGI is in some municipalities in the provinces of Verona, Vicenza and Padua, in the Veneto region.

Radicchio di Verona PGI is cultivated in sandy soils that are rich in organic substances, deep, well drained and very fertile. The “early ripening variety” is sown between July 1st and 20th, and harvesting begins on October 1st; the production per hectare of the finished product must not exceed 13 tons. For the late ripening variety the harvest takes place from December to February. Depending on meteorological conditions the production per hectare of finished product cannot exceed 11 tons. After harvesting, only the late ripening radicchio is bleached; it is left outside in piles and covered with an opaque nylon sheet or straw. It is left almost in the dark for 20 days, reactivating vegetal activity and the absorbing of nutritive substances by the roots. In this way, the new leaves acquire a pearly white colour and a crunchy consistency, at the same time reducing the bitterness. This stage takes place at low temperatures, below 10°C (with the ideal temperature being 0°C). The product is then trimmed, eliminating the external leaves and cutting the roots to a length of 3-5 cm; the radicchio is then washed.

Radicchio di Verona PGI has whole, sessile leaves, with smooth, unbroken edges, curving upwards to resemble a shower head. The leaves are intense dark red in colour, and due to the fact that they grow close together, a typical round compact tuft is formed. The main vein structure of the leaves is white and they have a slightly bitter taste.

The history of Radicchio di Verona PGI is linked to an ancient and established tradition. Radicchio growing was already present in the broli (kitchen gardens) at the end of the XVIII century. The first radicchio was grown on the high plains of Verona, between rows of fruit trees and vines, and was known as “red chicory”. The cultivation became more specialized with the introduction of the “bleaching” technique, brought to Italy at the end of the XVIII century by the Belgian, Francesco Van Den Borre. The first true cultivation of Radicchio di Verona PGI destined for selling started at the beginning of the 1900s.

After buying, Radicchio di Verona PGI should be kept in the fridge, closed in a plastic bag or in a piece of cloth. Radicchio di Verona PGI is multifaceted in its culinary uses, as it can be consumed raw or cooked, in salads or as a main ingredient in numerous traditional recipes from the Veneto cuisine. It is mainly used in risottos, but also with meat, as a side dish, in salads, or with cheese, and it pairs well with typical local red wines.

The product is marketed as Radicchio di Verona PGI Precoce (early ripening, from October to mid-December) and Tardivo (late ripening, from mid-December to March). It is packaged in sealed cardboard, wood or synthetic material. It can also be sold in string-bags of the following weights: 0,5-1-1,5 kg. Each bag contains only one layer of sealed product, in order to ensure that the seal breaks when the packaging is opened.

Radicchio di Verona PGI is distinguished by its unmistakable heart-shape and the particular crunchiness of the leaves, its intense red colour and the slightly bitter taste, all of which are given to the mild winters. Furthermore, the secular work of the people and the constant research and implementation of traditional and specific cultivation methods, have contributed to the remarkable reputation of Radicchio di Verona PGI. 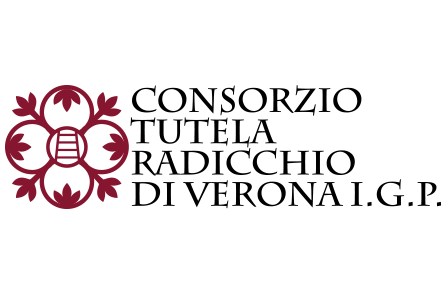