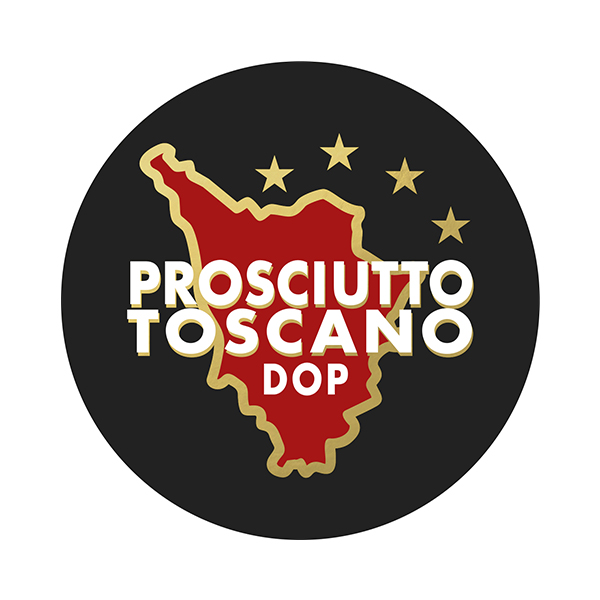 Prosciutto Toscano PDO is a raw and cured ham obtained through the processing of fresh pig legs from Italian heavy pigs belonging to the Large White, Landrace and Duroc breeds or other pig breeds considered compatible.

The production area of Prosciutto Toscano PDO is within the territory of the Tuscany region. The pigs used for this product must be born and reared in the regions of Emilia-Romagna, Lombardy, The Marches, Umbria, Lazio and Tuscany.

The legs are chilled and then trimmed with a curved blade, which leaves a fleshy exterior that does not protrude more than 8 cm from the head of the femur at the end of the curing process. The trotter, rind and internal fat are removed; the latter with a V cut that enables the salt to penetrate the meat. The legs are then dry salted with salt, pepper and natural herbs; the process must last long enough to ensure a good level of dehydration. This is followed by greasing: the exposed area is covered with a mixture of pork fat, wheat or rice flour, salt, pepper and natural herbs. The curing process, from salting to being put on the market, must last at least 10 months for legs of ham with a final weight of between 7.5 and 8.5 kg, and at least 12 months for hams with a weight of 8.5 kg. Prosciutto Toscano PDO destined to be sold in slices or in packets must be cured for a further two months, which means at least 12 months if weighing between 7.5 and 8.5 kg, and at least 14 months if weighing more than 8.5 kg. If the ham conforms to the characteristics established for the PDO, it is fire-branded with the mark.

Prosciutto Toscano PDO has a rounded shape; it is curved at the top and weighs roughly 8 or 9 kg. When sliced, its colour ranges from vivid to light red, with a very small amount of inter-muscular fat. It has a delicate taste and a characteristic aroma deriving from the curing process.

The history of Prosciutto Toscano PDO dates back to the Etruscans. There were even laws for pork processing in the time of Carlo Magno. However, it was during the XV century, under the rule of the Medici, that the production stages of Tuscan ham became standardised, with regulations that are still in force today. Still in the XV century, the Ufficiali di Grascia (literally translated as the Officers of Grease), an elected body of Florentine tradesmen, were appointed to control the application of “right pricing” and to monitor the observance of the production regulations.

Prosciutto Toscano PDO should be kept in a cool, dry and well-ventilated place, preferably in a cellar, and should be covered with cling film or aluminum foil after cutting. Prosciutto Toscano PDO can be eaten on its own or served with Pane Toscano PDO, an unsalted bread; it is also an ideal ingredient for the preparation of delicious dishes such as “Tuscan Rose Salad”, which is a mix of radicchio and whipped ricotta cheese with aromatic herbs.

The climate of the region has influenced the trimming process used for Prosciutto Toscano PDO, which leaves a wider product in a “V” shape, facilitating the penetration of the salt. Its characteristic strong flavour is due not only to the salt, but also to the use of typical fresh Tuscan herbs, such as garlic, rosemary, juniper and myrtle. 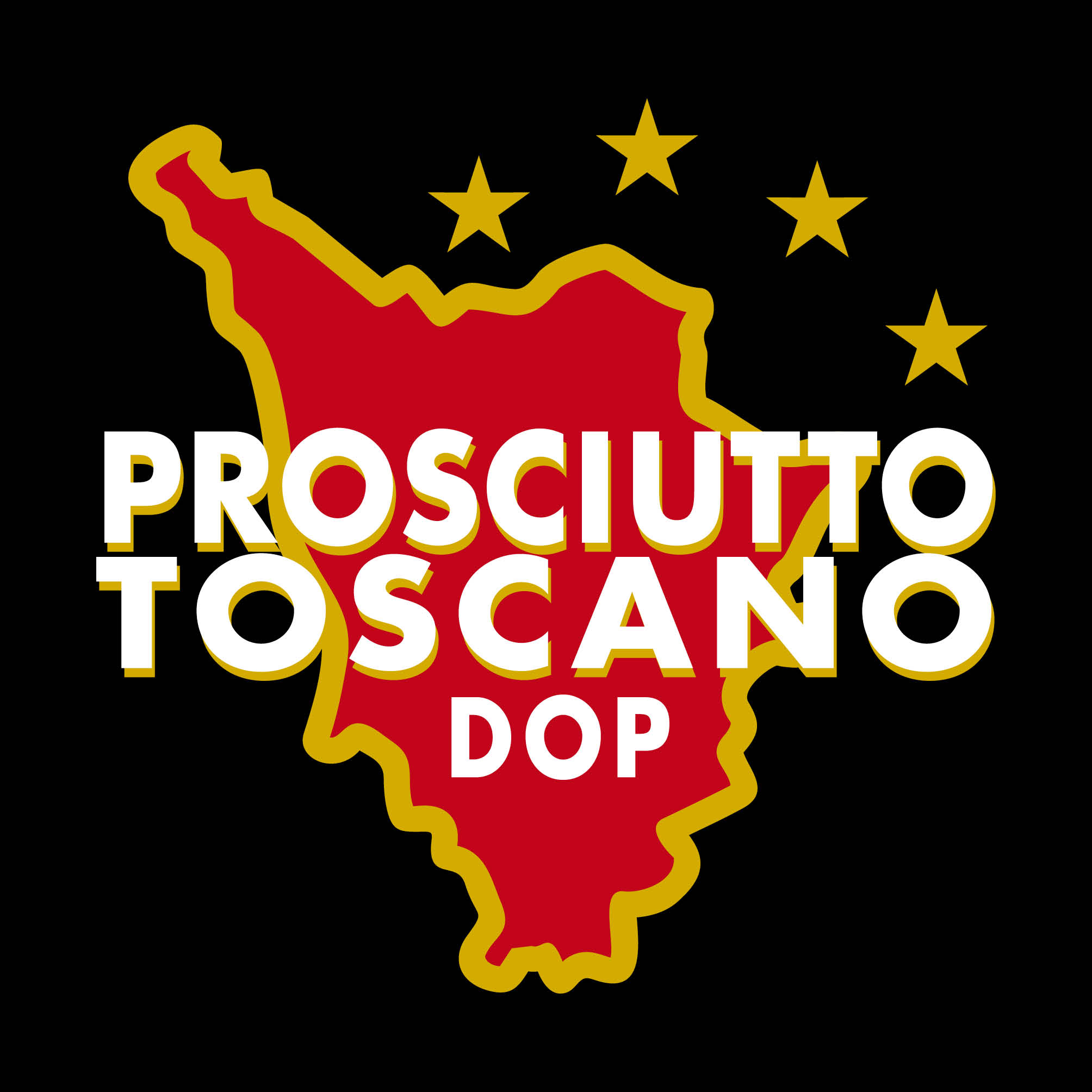