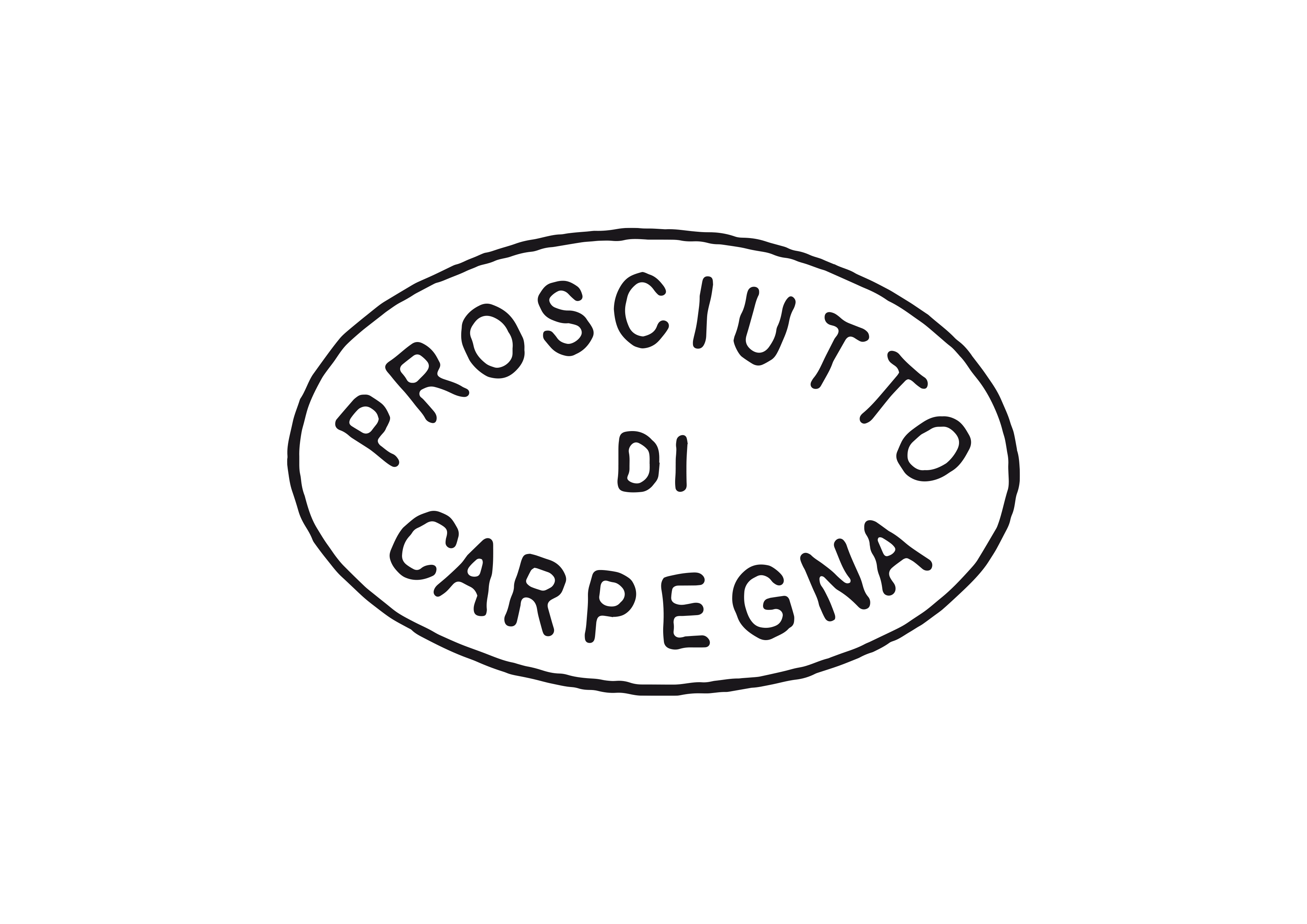 Prosciutto di Carpegna PDO is a raw and cured charcuterie product obtained through the processing of fresh legs of pigs belonging to the Large White Italiana, Landrace Italiana and Duroc Italiana breeds.

The production area of Prosciutto di Carpegna PDO is within the territory of the Municipality of Carpegna, in the Province of Pesaro-Urbino, in The Marches region. The pigs used for production must be born, reared, slaughtered and processed in The Marches, Lombardy and Emilia- Romagna regions.

After slaughtering, the legs are isolated from the carcass and refrigerated for 24 hours before being trimmed with the “classic short cut” method. The meat undergoes an initial salting which lasts for seven days, after which the excess salt is eliminated and a second salting is carried out; this stage cannot last for more than 11 days. After a period of rest, the legs are washed and dried, and any excess fat is removed. Pre-curing takes place in environmentally controlled conditions. This stage is characterised by the traditional tying of the product, with a cord that passes tightly around the top of the leg of ham like “a choker”. The surfaces uncovered by rind are protected with a hand-applied compound, which is made of lard, flour and natural aromas. The hams are then transferred to suitable curing rooms with a temperature of 5-20°C. The curing process, from salting to being put on the market, lasts for over 13 months.

Prosciutto di Carpegna PDO has a round shape, tending towards flat, with a weight of at least 8 kg. The slices are salmon-pink in colour, with a good quantity of pinkish-white solid fat. The flavour is delicate and sweet, yet fragrant and aromatic at the same time.

The tradition of pig breeding in the territory of Carpegna dates back to the XV century. The first historical document referring to the salting of meat and ham was a 1407 act, in which Count Guidantonio of Urbino ordered that a market take place every Monday in the neighbouring village of Montecerignone, prohibiting them to sell “salted pork and meats” elsewhere. The first specific testimonies to the production of hams in this geographic area date back to the period in which Carpegna was a vicus (small village) of the nearby Roman municipality of Pitinum Pisaurense. In the 1970s, the tradition was transformed into an industrial production.

Deboned Prosciutto di Carpegna PDO should be conserved at a temperature of 7-10°C, 15-20°C for that with the bone. The product is best sliced just before eating, thereby avoiding the elimination of the fat which enhances its organoleptic characteristics. It should be protected with grease-proof paper, as air and light tend to dry the surface, leading to the loss of some its characteristics. If it is cut with a knife, the thickness of the slice should not exceed one millimetre. This ham is perfect as an ingredient in the preparation of dishes such as crêpes with ham and ricotta cheese, risotto, roulades with white wine and Saltimbocca alla Romana. It pairs well with dry white, full-bodied and smooth wines.

The product is marketed as Prosciutto di Carpegna PDO. It is sold whole, boned - either Pressed or all’Addobbo (trimmed) - portioned or sliced, vacuum-packed or in modified atmosphere packaging.

Four hundred days after the start of processing, Prosciutto di Carpegna PDO is analysed with a “pricking” technique: the ham is tested by experts in 5 precise points with a horsebone needle, which is extremely porous and therefore retains the aromas of the meat for several seconds.