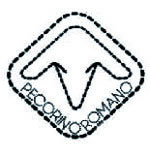 Pecorino Romano PDO is a hard cooked cheese, produced with whole sheep’s milk from herds raised in the wild and pasture-grazed.

The production area of Pecorino Romano PDO is within the entire territory of the regions of Lazio and Sardinia, and the Province of Grosseto, in the Tuscany region.

The milk is filtered and heat treated at a maximum temperature of 68°C for at least 15 seconds, in order to eliminate micro-organisms that may hinder the cheese-making process. The milk is then transferred into curdling vats, where an enzyme known as scotta-innesto is usually added; this is prepared with a methodology that has been passed down through the generations. This enzyme is one of the characteristic elements of Pecorino Romano PDO and is formed by a group of indigenous thermophilic lactic acid bacteria. The milk curdles at a temperature of between 38 and 40°C, with the addition of lamb rennet paste. The curd is broken into small grains the size of wheat grains and the mass is cooked at 45-48°C. After cooking, the curd is pressed for about 25-30 minutes and the cheese is then divided into blocks. These are placed in special cylindrical molds that are then left in a warm moist environment for the length of time needed to purge the whey. After cooling, the cheese is branded and salted, using a dry or partially dry salting process, which takes place in rooms with a temperature of 10-12°C; the salt is applied 3-4 times in the first three weeks and for a total length of 70-120 days. Wet and dry salted cheeses remain for 6-10 days in saline with a regularly controlled temperature of 11-13°C. They are then transferred into dry salting rooms where they are salted 4-5 times over a period of 50-70 days. Five months after ripening, Pecorino Romano PDO can be put on the market as table cheese, while after eight months it can be sold as cheese to grate.

Pecorino Romano PDO has a cylindrical shape with flat surfaces, a diameter of between 25 and 35 cm and a height ranging from 25 to 40 cm; the weight varies from 20 to 35 kg, depending on the size of the wheel. The rind is thin and has an ivory to straw colour; the cheese is white or pale straw yellow in colour, compact or with several eyes. The aroma is characteristic and the table cheese (ripened for five months) has an aromatic and slightly piquant flavour; the more mature cheese for grating (ripened for eight months) has a piquant, intense and pleasing flavour.

The origins of Pecorino Romano PDO date back to the Roman Empire: the processing method, which is very similar to that used today, was described by Varrone, Columella (De Agricultura), Virgilio (Georgiche) and Pliny the Elder. In 227 B.C. Pecorino Romano PDO spread into the region of Sardinia, which offered the same environmental and rearing conditions.

Pecorino Romano PDO should be kept in a cool, dry place, wrapped in its original packaging. The cheese ripened for five months is an excellent table cheese, particularly when combined with fresh vegetables and fruit. After eight months ripening, it is mainly used grated to flavour characteristic Roman dishes such as Bucatini all’Amatriciana, Spaghetti Cacio e Pepe and Tripe alla Romana.

The product is marketed as Pecorino Romano PDO. It is sold year-round fresh, semi-mature and mature, whole, in large pieces, pre-packed slices and grated. The edge must bear the designation of origin, the logo, the dairy seal and the date of production, all of which are imprinted with a printing plate. 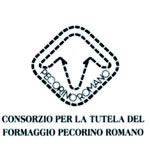