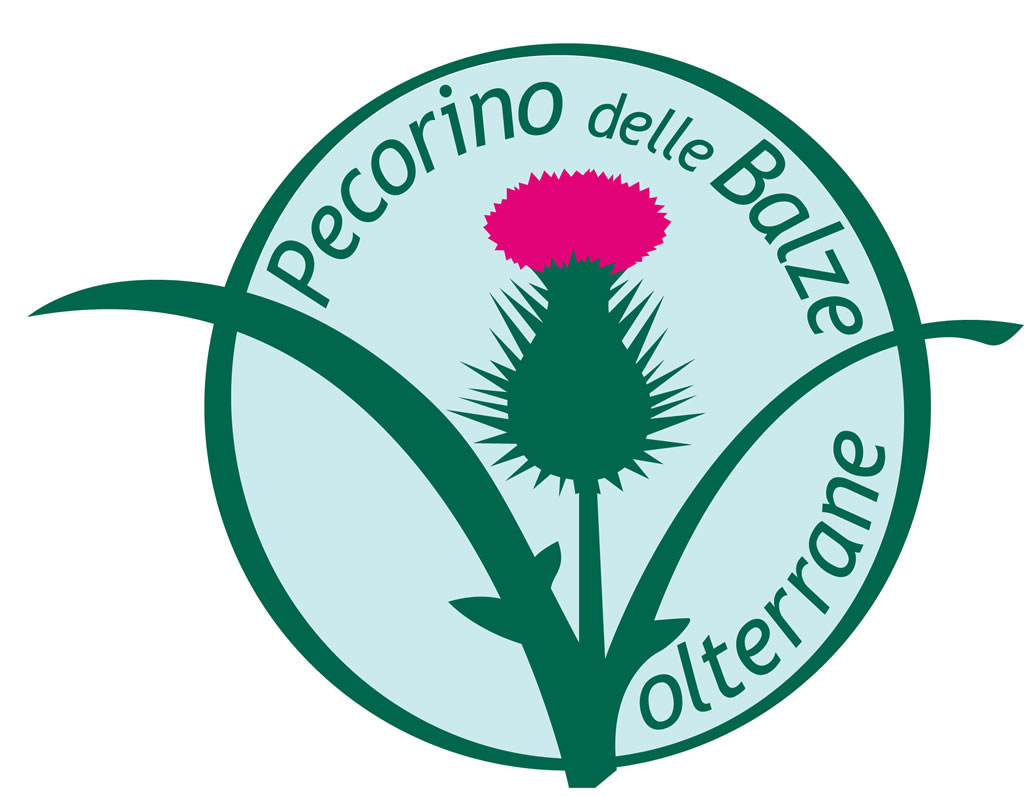 Pecorino delle Balze Volterrane PDO is a cheese made from the processing of raw sheep’s milk taken from Sarda sheep breeds reared in the production area, and vegetable rennet from the inflorescences of thistles or cardoons. Depending on the ripening period, it is distinguished in four types: Fresco (fresh), Semistagionato (semi-mature), Stagionato (mature), “da Asserbo”.

The production area of Pecorino delle Balze Volterrane PDO is within the territory of the municipalities of Volterra, Pomarance, Montecatini Val di Cecina, Castelnuovo Val di Cecina and Monteverdi Marittimo in the Province of Pisa, in the Tuscany region.

The milk, which is taken from semi-free-range sheep that are fed on pasture for at least 2/3 of their food intake, must be processed within 48 hours from the first milking, without being subjected to thermization. The raw milk is poured into a copper or stainless steel boiler and heated to 30-40°C, after which vegetable rennet is added. Curdling lasts for 30-60 minutes; the curd is then broken with the aid of a spino. The curd is pressed into cylindrical shapes that are placed on draining tables and dry salted with fine salt. After a maximum of 10 days the forms are put in cool rooms to ripen (6-16°C) on light wood planks for a variable period of time: 4-7 days for the Fresh type; 45 days - 6 months for Semi-mature; 6–12 months for Mature; over 12 months for the “da Asserbo” type.

Pecorino delle Balze Volterrane PDO has a cylindrical shape and flat faces. It weighs between 600 g and 2 kg; up to 7 kg for the “da Asserbo” type. The colour of the rind changes from straw yellow and deep yellow to grey. The cheese is compact with a few uneven eyes, and ranges from white to straw in colour, varying in intensity. Cardoon and hints of herbs and flowers linger in the fragrance, while the initial sweet flavour evolves into an aftertaste offering notes of fresh vegetables, with a slightly piquant finish that becomes stronger with aging.

The name Pecorino delle Balze Volterrane PDO already provides evidence of the product’s strong link with the territory of origin. The balze, large chasms carved out by heavy rain, together with the gullies, create a unique morphology that also contributed to the selection of a specific flora, part of which is the widely spread cardoon, the basic ingredient of the curd that characterises the production method of the cheese. The environmental conditions have proved ideal for the rearing of sheep and milk production, activities that have been established over the centuries and which play a fundamental role in the productive fabric. Written evidence of the fame and appreciation of the local sheep’s cheese can be found as far back as the XV century and this was often confirmed over the following centuries.

Thanks to its extremely delicate flavour, Pecorino delle Balze Volterrane PDO has established itself as a sophisticated cheese that is used in many of the traditional dishes in the Province of Pisa. The different levels of ripening make it a very versatile product, which can be eaten on its own or in starters paired with charcuterie and pickled vegetables, as well as grated to flavour soups or stuffed pasta.

The product is marketed as Pecorino delle Balze Volterrane PDO in the following typologies: Fresco, Semistagionato, Stagionato, “da Asserbo”. It is sold whole or in pieces, pre-packaged or vacuum-packed. As well as the designation, the label must also indicate the ripening period.

The local plant essences that characterise the pasture that the sheep feed on, a direct result of the soil and climatic characteristics of the production area, contribute significantly to giving Pecorino delle Balze Volterrane PDO cheese the special sweetness and aromatic notes that distinguish it.