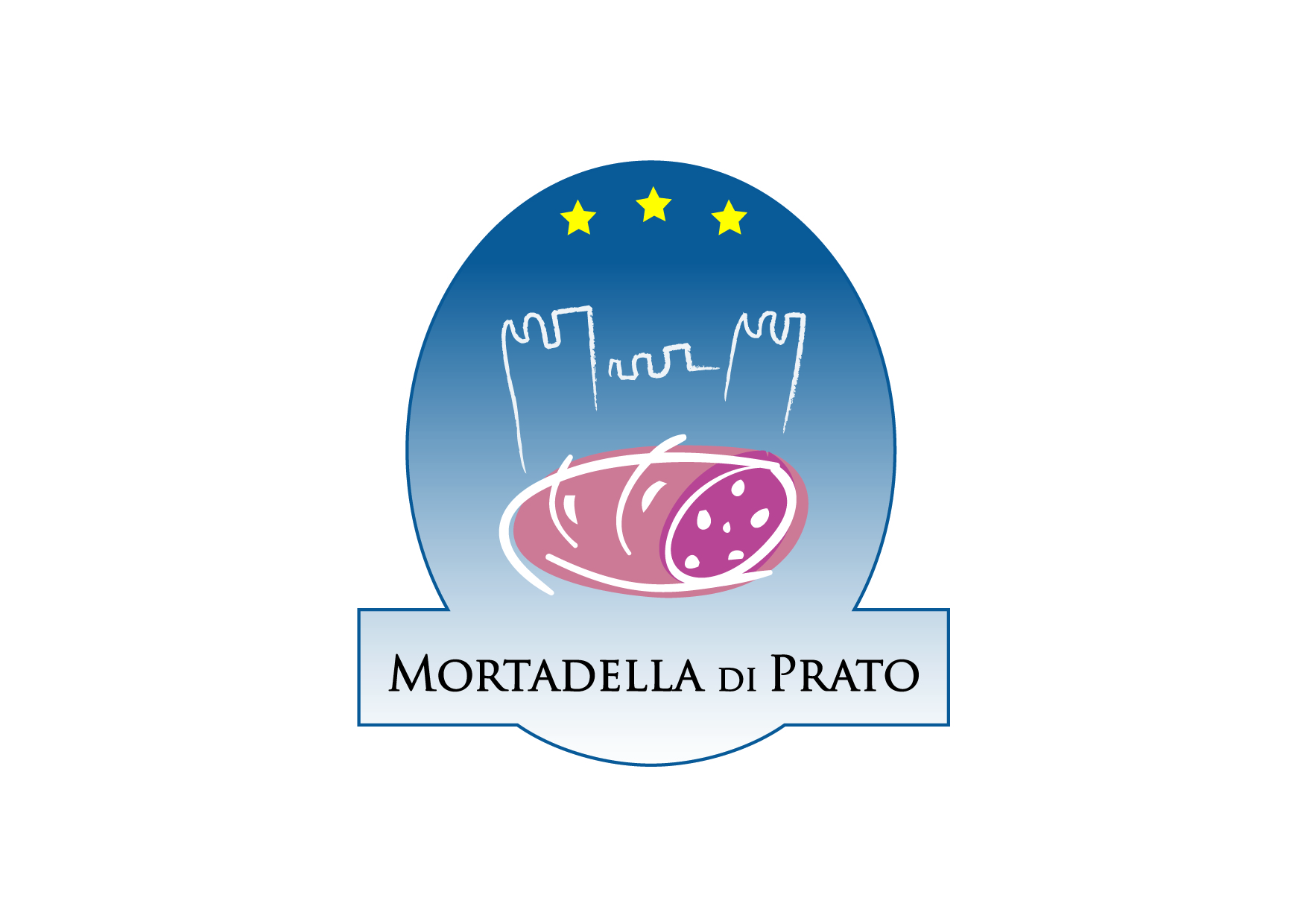 Mortadella di Prato PGI is a charcuterie product belonging to the category of cooked stuffed sausages, and is made from a mixture of pork, sea salt, garlic and spices and alchermes.

The production area for Mortadella di Prato PGI is within the entire territory of the Municipality of Prato and in the municipalities of Agliana, Quarrata and Montale in the Province of Pistoia, in the Tuscany region.

The first stage of processing consists of the selection of permitted pork cuts: shoulder, pork trim, lard, capocollo, cheek and bacon.
,The cuts, processed manually with the aid of a knife, are cut into cubes and left to rest for at least 24 hours in cold storage. The lean parts of the meat are ground in the meat grinder and then mixed with the cubes of lard, sea salt, garlic, pepper and spices. The alchermes is then mixed in. The mixture is stuffed into a natural or synthetic casing, which is then tied. This is followed by stewing: the product is hung in special rooms, with a gradual decrease in temperature over 1 and 3 days. Once this stage is completed, the product is cooked either in a steam oven until the centre has reached a temperature of 70°C, or in a boiler. Once cooked, the product is immediately rinsed and cooled in a refrigerator cell for 24-48 hours. It is then dried 20 minutes before being packed.

Mortadella di Prato PGI has a cylindrical or elliptic shape. On cutting, the consistency is firm and compact, soft to the palate. The meat is a brighter pink due to the colouring action of the alchermes, with white spots given to the presence of the cubes of fat. It has a penetrating spicy aroma, while there is a contrast between the hot and pungent flavour of the spices, garlic and sea salt and the sweet, delicate flavour of the alchermes.

The first documents indicating Mortadella di Prato as originating in the Tuscan city date back to 1733, to the time of the beatification of Catherine of Ricci, when the nuns of the Dominican Monastery of Prato prepared a lunch for guests and served it as a local speciality. Mortadella di Prato was invented due to the need to best use the parts of the meat discarded in the preparation of salamis, stuffing them into casings after being flavoured with spices and spirits, and cooking them in water. The product is of medieval origin and characterised by the original use of alchermes as a colouring and flavouring, a bright red liqueur once obtained from the cochineal, the famous “dyer’s grain”, together with lots of spices to help preserve the product.

The product is marketed as Mortadella di Prato PGI. It is sold whole, in large pieces or in thin slices.

The use of alchermes as an ingredient in Mortadella di Prato PGI is a clear indicator of its origins. Alchermes is a bright red liqueur, once obtained exclusively from the cochineal, a dried and ground parasitic insect which was used for centuries to dye fabrics, traditionally the city’s main economic activity.