Monte Etna PDO extra virgin olive oil is obtained from the Nocellara Etnea olive variety, which must make up at least 65% of the groves. Other varieties, such as Moresca, Tonda Iblea, Ogliarola Messinese, Biancolilla, Brandofino and Olivo di Castiglione may also be present, up to 35%.

The production area of Monte Etna PDO extra virgin olive oil is within the territory of several municipal areas on the slopes of Mount Etna, which fall into the provinces of Catania, Enna and Messina, in the Sicily region.

The olives must be harvested directly from the trees using a manual combing technique, with the aid of machinery and nets to prevent the harvested olives becoming mixed with those that have previously fallen to the ground. “Beating” the branches is not permitted. Milling must take place within two days of the harvest, using stone mills and mechanical crushers. Before milling the olives are defoliated by means of suction and washed in potable, running water. The malaxation process lasts from 15 to 40 minutes, with a water temperature of no more than 28-30°C.

Monte Etna PDO extra virgin olive oil is golden yellow in colour with green highlights. It has a light fruity aroma and a fruity flavour, with a delicate bitter hint and slight piquancy.

Olive cultivation in eastern Sicily, and in particular in the production area of Monte Etna PDO extra virgin olive oil, dates back thousands of years; it was introduced by the Phoenicians in the first millennium B.C. and by the Greeks in the VIII century B.C. The production of olive oil grew pretty much continuously over the centuries, as shown by many historical and literary sources. The heavy taxes imposed on Sicilian olive oil during the Roman domination in the III Century B.C. to thwart competition from the Campania and Lazio regions are renowned, and during the Arab domination its production was encouraged and promoted. There are also many literary references, found in works by authors such as Pietro Bembo, Goethe, Guy de Maupassant and Tocqueville.

Extra virgin olive oil is highly perishable and must be stored correctly in order to maintain its organoleptic characteristics. It should therefore be kept in a cool, dark place at a temperature between 14 and 18°C, away from heat sources and other foods that release odours. It should be consumed within four to six months of pressing to fully appreciate its qualities. Monte Etna PDO extra virgin olive oil is ideal for roasting fish and in pulse-based minestrone soups. Its pleasant fruity flavour makes it ideal for dressing bruschetta and fresh vegetables.

The product is marketed as Monte Etna PDO extra virgin olive oil. It is sold in dark glass, stainless steel or tin plate recipients of no more than 5 litres. The label must indicate the year of production.

Monte Etna PDO extra virgin olive oil is characterised by a maximum acidity of 0,6 g per 100 g of oil and a panel test result higher than or equal to 7. 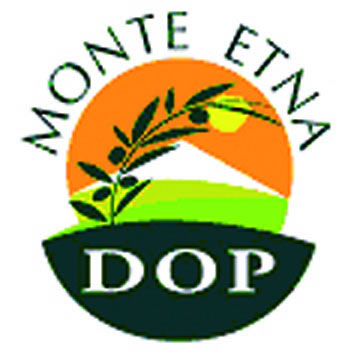