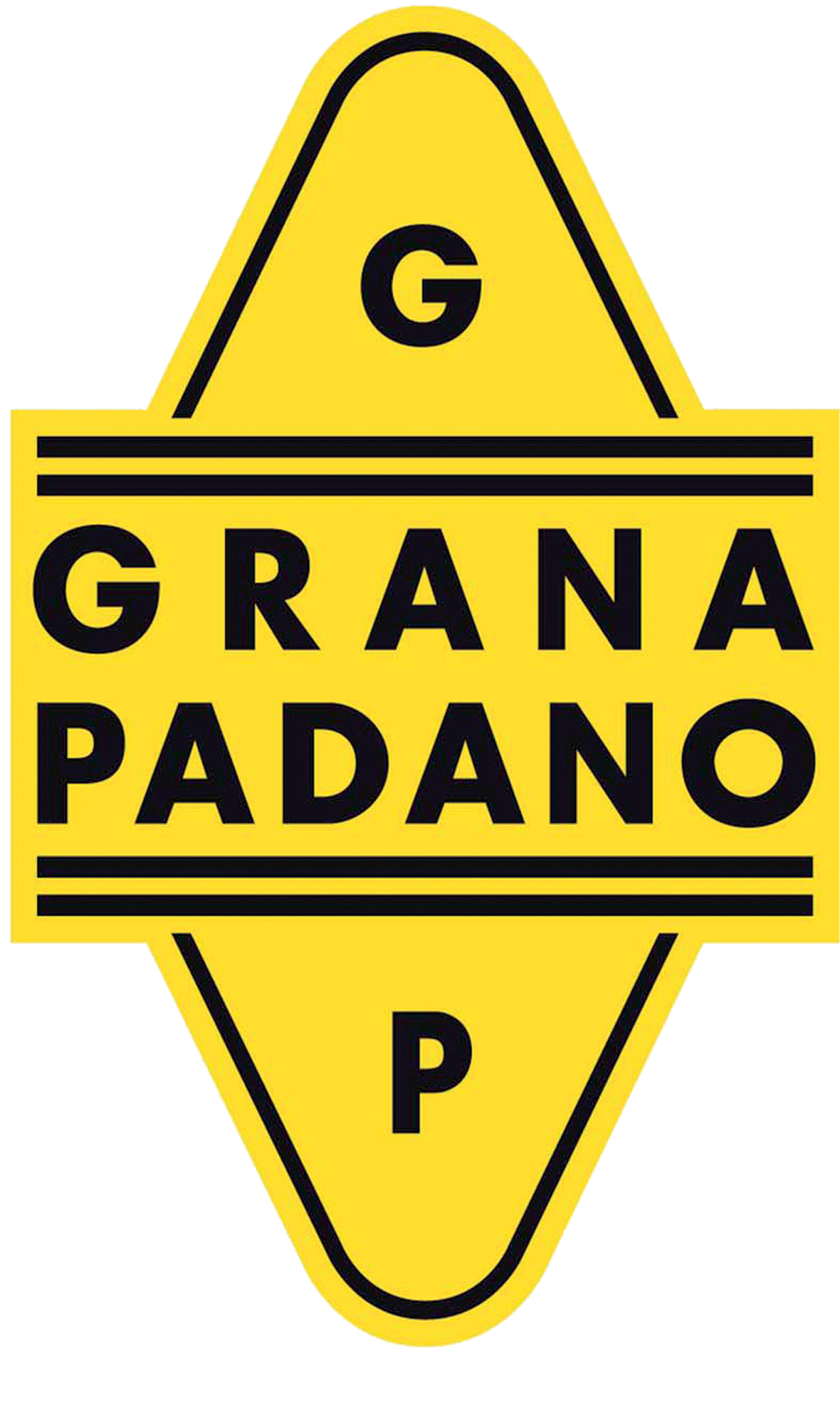 Grana Padano PDO is a hard, cooked and slow-ripening cheese made from cow’s milk, which is obtained from cows that are milked no more than twice a day, and fed with green or preserved fodder from the production area.

The production and grating area of Grana Padano PDO is within the territory of the provinces of: Alessandria, Asti, Biella, Cuneo, Novara, Turin, Verbania and Vercelli in the Piedmont region; Bergamo, Brescia, Como, Cremona, Lecco, Lodi, Mantua (left of the River Po), Milan, Monza, Pavia, Sondrio and Varese in the Lombardy region; the Autonomous Province of Trento; Padua, Rovigo, Treviso, Venice, Verona and Vicenza in the Veneto region; Bologna (right of the River Reno), Ferrara, Forlì-Cesena, Piacenza, Ravenna and Rimini in the Emilia-Romagna region; and the entire administrative territory of the municipalities of: Anterivo, Lauregno, Proves, Senale-S. Felice and Trodena in the Autonomous Province of Bolzano.

The milk is partially skimmed through natural separation, at a temperature of 8-20°C, and then put into copper or copper-lined boilers with a characteristic upside down bell-shape. A natural whey starter is added to the milk, which is then heated to a temperature of 31-33 C°. Calf rennet is added to curdle the milk. The curd is broken with a curd knife before starting the agitation and cooking process, which is terminated when the temperature reaches 56°C. The cheese mass settles on the bottom of the boiler and is left to rest for a maximum of 70 minutes, during which time it firms up and the whey is expelled. It is then lifted from the boiler with a wooden shovel and a cloth (schiavino), and cut into two equal parts, the so-called “forme gemelli” (twin wheels). Each part is wrapped in a linen cloth and removed from the boiler onto the finishing table. The forms are placed in moulds for at least 48 hours, which imprint the cheese with the marks of origin; this is followed by brining for 14 to 30 days. After drying in the so-called hot room or heated areas, they are left to ripen for a minimum of 9 months to over 20. At the end of the eighth month, the wheels are inspected and then fire-branded or, if the cheese does not possess the obligatory characteristics specified in the product specification, the marks of origin imprinted by the mould are removed by “shaving”. The mark of origin is then cold impressed on the wheel of Grana Padano PDO, together with a repeated series of dashed line rhomboidal lozenges containing the alternate words “GRANA “ and “PADANO”, with a space for the GRANA PADANO fire brand; in the centre there is a four-leaf clover, containing the initials of the province it was produced in, the registration number of the dairy producer, and the inscription “DOP” (PDO); below and to the left of the four-leaf clover, there is the EC stamp that identifies the producer’s factory, while to the right there is the production year and month.

Grana Padano PDO is cylindrical and has a hard, thick and smooth rind with a dark or natural golden-yellow colour. The cheese is fine-grained, white or straw yellow in colour, with barely visible eyes. The aroma is fragrant and it has a delicate flavour.

The origins of Grana Padano PDO date back around 1000 A.D., when the Cistercian monks experimented with hard cheese production, caseus vetus (later named grana). At the end of the XI century, this cheese was already an established product with its own commercial network.

Grana Padano PDO is used either as a table cheese or grated, therefore also becoming an ingredient, depending on how mature it is, in the preparation of a variety of dishes, both traditional and non. It should be kept in the fridge, wrapped in cling film to protect it against oxidation and drying out.

That which makes Grana Padano PDO a complete food that is beneficial to our health, is its excellent ratio between energy value, quality and quantity of nutrients, especially calcium.

Grana Padano DOP: produrre in base a consumi e prezzi

Grana Padano DOP: produrre in base a consumi e prezzi