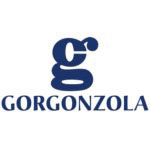 The production area of Gorgonzola PDO is within the entire territory of the provinces of Bergamo, Brescia, Como, Cremona, Lecco, Lodi, Milan, Pavia, Varese and Monza in the Lombardy region; within the provinces of Biella, Cuneo, Vercelli, Novara, Verbano-Cusio-Ossola and within 31 municipal areas in the Province of Alessandria, in the Piedmont region.

The whole cow’s milk is pasteurised and then inoculated with lactic acid bacteria and a suspension of Penicillium spores and selected yeasts; calf rennet is added and the milk is curdled at a temperature of 28-36°C. After the curd has broken, it is left to stand in order to stimulate the purging of the whey before being put in metal molds (fasceruoli), where it is left for 24 hours to take its shape. The product is then dry salted at a temperature of 18-24°C. A variety of characteristic Penicillium moulds develop during the ripening process, giving the cheese its bluish-green and/or grey-light blue colour. The minimum ripening period is 50 days for the Dolce typology, 80 days for the Piccante, and 60 days for the Piccola Piccante. The maximum ripening period is respectively 150 days for the Dolce cheese, 270 for the Piccante and 200 for the Piccola Piccante. Ripening takes place in an environment with a temperature of 1-7°C and with a relative humidity of 85-100%.

Gorgonzola PDO has a cylindrical shape with flat surfaces. The rind is grey and/or pinkish in colour and is not edible. The cheese is white and straw- yellow, mottled due to mould growth (marbling), with characteristic blue-green and/or grey/light blue veins of mould. Its flavour varies from sweet or slightly piquant to very piquant.

There are many legends about the origins of Gorgonzola PDO, although the majority agrees that it dates back to the X-XII century, close to the town of Gorgonzola in the Province of Milan. Up until the end of the XX century, this cheese was simply called stracchino or, more often, stracchino verde or stracchino di Gorgonzola. It was only the necessity of distinguishing and valorising the cheese produced in the typical terroir of origin which led to it being given the definitive name of Gorgonzola.

Gorgonzola PDO is best preserved wrapped in aluminium foil and placed in a sealed container in the least cold compartment of the fridge. Although it is an excellent table cheese, it may also be used as an ingredient in many dishes. Numerous recipes are distinguished by its characteristic flavour and aroma, adding that “special touch” to starters, pasta and meat/ fish dishes, and even to desserts. Gorgonzola PDO is also ideal for creating creamy sauces. Gorgonzola PDO Dolce pairs well with soft red and white wines, whereas Gorgonzola PDO Piccante is best served with full-bodied vintage red wines.

During the ripening process, Gorgonzola PDO is injected with air in order to stimulate the development of the distinctive blue-green and grey-light blue veins, known as “marbling”. 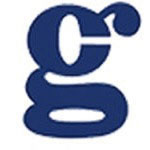