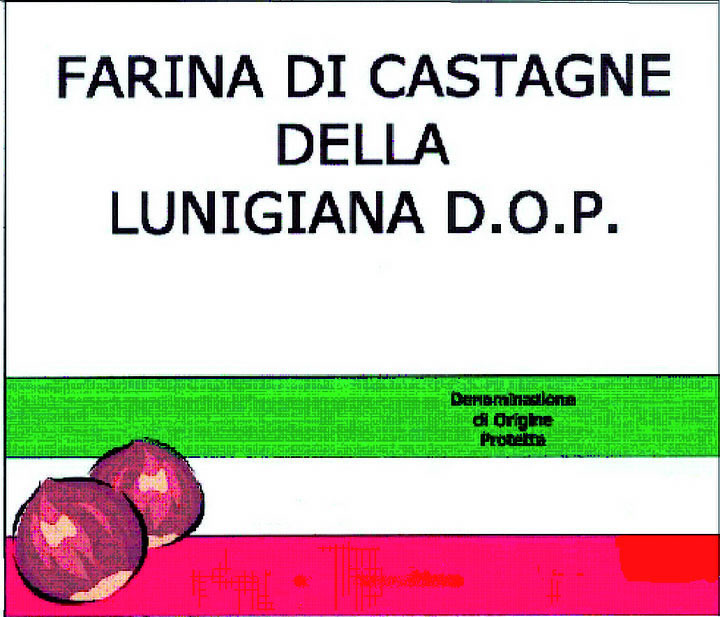 The production area of Farina di Castagne della Lunigiana PDO is within the territory of 14 municipalities in the Province of Massa Carrara, in the Tuscany region.

At least 70 % of the chestnuts must be of the Bresciana, Carpanese and Rossola varieties. The harvest begins on September 29th (Saint Michael’s Day) and finishes on December 15th, after which the chestnuts are selected and taken to the so-called gradili for drying. In these ancient structures, built in stone, limestone and sand, the chestnuts are dried over a slow fire, using only chestnut wood, for a minimum of 25 days; the outer peel is then removed using traditional beating machines. The chestnuts are then checked by hand and any damaged parts are removed. The dried chestnuts are taken to be ground at traditional, electric or water powered mills with stone grinders, and milling must take place no later than January 30th of the year following harvest. Each mill may grind no more than 500 kg of dried chestnuts per day, per grinder, so that the stone does not clog up and overheat, causing the final product to lose the precious ‘talc-like’ properties that make this flour unique. Each processing stage must take place within the production area.

Farina di Castagne della Lunigiana PDO varies from white to ivory in colour and is sweet with a distinctive chestnut fragrance. It is distinguished by being velvety to the touch and subtle on the palate.

Archaeological research has established that the chestnut tree was present in the territory of Lunigiana from the I century A.D, but it was only in the V and VI centuries that a more diffused cultivation was registered. Remains uncovered near the parish church of Sorano (Filattiera) are evidence of a rapid ‘evolution’ in agriculture, in which the chestnut tree replaced the oak. Having found an ideal environment in what is today’s production area, the chestnut trees have remained over the centuries, helping to provide the local population with a secure and important food source. The gradili and windmills are still important features of today’s rural landscape and historical proof of the ancient occupations that were linked to the processing of chestnuts.

Farina di Castagne della Lunigiana PDO should be kept in a cool, dry place; in these conditions it can be conserved for up to a year. It is an extremely versatile ingredient and can be used in the preparation of various dishes: from bread (marocca bread) to pasta, as well as in desserts and cakes. It is used as the main ingredient in recipes of the traditional cuisine, such as polenta, lasagne (lasagna bastarda) or tagliatelle. The most famous sweet product is the pattòna, also known as castagnaccio, but the muffins (cian) and pan-fried fritters (fritei, padléti) are also very tasty.

The product is marketed as Farina di Castagne della Lunigiana PDO. It is packaged in transparent plastic bags which can be put inside cardboard boxes or cotton bags: 500 g, 1 kg or 5 kg. It is available on the market from November 15th of the production year and can be found year-round.

Farina di Castagne della Lunigiana PDO is particularly sweet thanks to the climatic conditions in which the chestnut trees are cultivated. Its consistency, velvety to the touch and subtle on the palate, is due to the slow and constant action of the stone grinder.