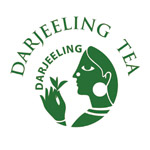 the cultivation of Darjeeling Tea GI takes place in the so-called "tea gardens" and the harvest is done at the start of every season. The moment of harvest is essential for the determination of one of the four varieties: the Spring Flush is obtained from the leaves harvested between end February and Mid-April; the Summer Flush is obtained from the ones harvested between May and June; the Monsoon Flush from the harvest done between July and September; the variety Autumn Flush from the harvest done between October and November. After the harvest, all tea varieties follow the same processing, that is divided in five main stages: withering, rolling, fermentation, drying (or firing) and packaging. In the first stage, to remove the moisture, the green leaves are withered under hot and cold air jets for 14-16 hours. In the rolling stage, the withered leaves are loaded in rollers and twisted automatically. Afterwards, the twisted leaves are fermented for about two-four hours, depending on the temperature and the moisture achieved by the leaf in the previous stage, to allow the flavour formation and aroma characteristic of the tea. At the end, after the fermentation, the leaves are put in a dryer with varying temperature, for about 20-30 minutes, to obtain the black tea ready to be packed.

the Darjeeling Tea GI has a color that changes according to variety, from the pale green of the Spring Flush, to a soft violet of the Summer Flush, to a more intense amber yellow of the Monsoon Flush and Autumn Flush varieties. The flavour is sweet, delicate and lively at the same time. The aroma and perfume are flowery.

The tea cultivation in the Darjeeling started in 1841 with Dr. Campbell, a surgeon of the Indian Medical Service, who was transferred there in 1839 with the role of Superintendent. The seeds arrived from China, sent by the British botanist Robert Fortune. The first pilot-cultivations started around 1840 and from 1847 the government created the first nurseries. Its commercial use started ten years later. Still today, the tea gardens remain the main economic activity in the Darjeeling region, the manufacturing of this high quality tea is still done at a family level, despite its large commercial use, with a high proportion of female workforce, of about 60%.

To maintain its qualities, Darjeeling Tea GI has to be stored in cool, dry places, away from sources of light. For a correct preparation it is advised to let the tea in infusion in hot water for about five-six minutes. In India, this tea accompanies different moments in the day, becoming in this way, the most drank liquid after water.

The product is sold only as Darjeeling Tea GI, available in four distinct varieties: Monsoon Flush, Autumn Flush, Spring Flush and Summer Flush. It is packaged in bags, inside packs of different dimensions and materials (cardboard or metal).

The quality, reputation and the characteristics of Darjeeling Tea GI are due mainly to its geographical origin and the pedoclimatic characteristics of the land. The product distinguishes itself with an excellent taste and quality that make it world famous.

Other products of Annex I of the Treaty