Coppa di Parma PGI is a charcuterie product obtained from the muscular part of the neck of purebred or hybrid pigs belonging to the traditional Large White, Landrace and Duroc breeds, or other breeds considered compatible with the Italian heavy pig.

The production area of Coppa di Parma PGI is within the provinces of Parma, Modena, Reggio Emilia, Mantua and Pavia, and in the municipalities along the River Po that belong to the administrative territory of the following provinces: Lodi, Milan and Cremona, in the regions of Emilia-Romagna and Lombardy.

The muscular parts are carefully cleaned, divided and trimmed. The meat is then salted by hand or mechanically, with a mix of salt, natural herbs, pepper and/or other spices that can also be added in stages over a period of 6-10 days, during which time the product must be refrigerated. After a further resting period of at least five days, it is stuffed into casings. Natural casings are used for products destined to be sold whole or in pieces; those destined for slicing are stuffed in natural casings that have been assembled with a series of anatomical pieces. Once stuffed, it is tied with twine to form a mesh. Steaming and drying takes place on the same premises, but for different lengths of time. Curing takes place at a temperature of 12-16°C and with a relative humidity of 70-87%. The minimum duration of the process is 60 days from the start of processing for product’s weighing between 2 - 2,6 kg and 90 days for those weighing over 2,6 kg.

Coppa di Parma PGI is cylindrical in shape, with a size varying from 25 to 40 cm in length and a minimum weight of 1,3 kg. On cutting, the slice is fairly firm and not greasy. The lean parts are red in colour and the fatty parts are pinkish. It has a delicate and savoury flavour.

There are numerous historical references to Coppa di Parma, demonstrating the widely spread reputation of this product. Already by the end of the XVII century, Coppa was commonly called bondiola (cured shoulder of pork) or salame investito (wrapped sausage) and at the beginning of the following century it was cited as a typical product in the memoirs of travellers. Also, in an inventory from 1723, it says that in order to become a member of the guild of Lardaroli it is necessary to possess a certain number of salami and bondiole. From the same period, there are contracts for the administering of food in the Royal Kitchens, in which the request for bondiole appears often, as it was particularly appreciated by the court of Duke Ferdinand I. There are also documents dating back to 1800, showing an increase in the sale of Coppa di Parma in the local markets.

Coppa di Parma PGI should be kept in a cool damp place, such as a cellar. Once opened it should be wrapped in a damp cotton cloth and kept in the fridge. It is ideal to serve with bread as a starter or main course, as well as with crostini or vegetable pate. The characteristic soft slices make this product ideal as an ingredient in savoury flans or stuffed pizza.

The product is marketed as Coppa di Parma PGI. It is sold whole, in pieces or slices, vacuum-packed or in modified atmosphere packaging.

Thanks to the short curing process, Coppa di Parma PGI is characterised by its tenderness and mild savoury taste, which allows for the full pork flavour to stand out. 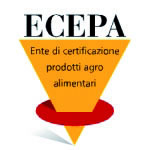