The production area of Cipolla Rossa di Tropea Calabria PGI lies along the Tyrrhenian coast of northern Calabria and is within numerous municipalities in the provinces of Cosenza, Catanzaro and Vibo Valentia, in the Calabria region.

Sowing begins in August and can be carried out directly in the fields, in nurseries or in modules, and when the plants reach the right size they can be transplanted. The harvesting period varies depending on the variety: for the Tonda Piatta or early ripening onion, it takes place between mid-April and the end of May; between mid-May and mid-June for the Mezza Campana or mid-season onion; for the Allungata or late ripening onion it is carried out between mid-June and the end of July. After harvesting, the external tunic of the Spring Onion bulbs must be removed and the ends must be trimmed by 30-60 cm; the onions are then tied in bundles and placed in crates. The bulbs of the Fresh Onion, without the external tunic, are trimmed at the ends (35 to 60 cm if they are long) and placed in boxes or crates. The bulbs of the Onion for Preserving are left to dry in the ground for at least seven days, after which they are conserved in cool, dry places.

Cipolla Rossa di Tropea Calabria PGI is round and egg-shaped with a red skin, and is made up of fleshy concentric tunics that are white in colour with a red external layer. It has a particularly sweet flavour.

Historical and literary sources attribute the introduction of the onion into the Mediterranean basin, and in particular Calabria, to the Phoenicians and Greeks. Highly prized during the Middle Ages and the Renaissance, it was an essential food product and important for the local economy, as it was sold and exported by sea to Tunisia, Algeria and Greece. Several texts written by travellers returning from Calabria between the XVIII and the XIX centuries, describe the marvels of the common red onion from Tropea, highlighting its sweet flavour and softness. Cipolla Rossa di Tropea Calabria PGI only started to become more widespread during the period of the Bourbons.

The pleasantness of Cipolla Rossa di Tropea Calabria PGI on the palate is given to genetic, climatic and pedologic factors; it is the interaction between the three that determines the excellent organoleptic characteristics. If these three factors did not coexist, or if the onion was cultivated elsewhere, the product would not be nearly so appetising. 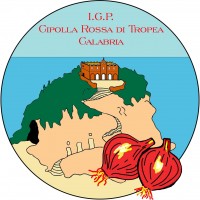 My Selection 2022, protagonisti i prodotti di eccellenza del made in Italy