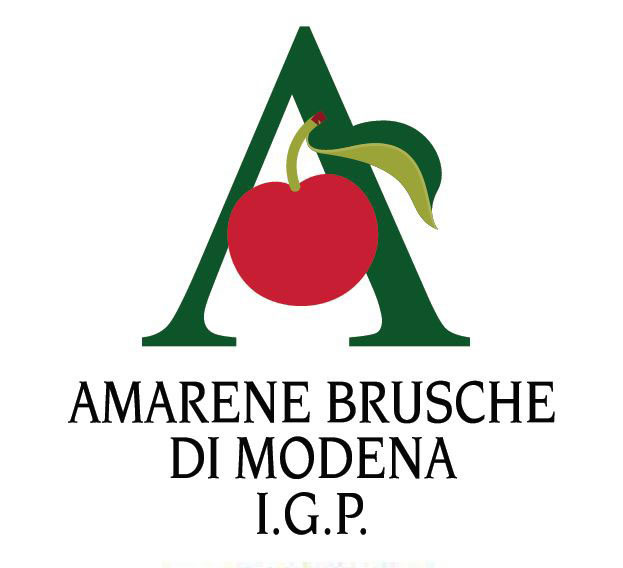 The production area of Amarene Brusche di Modena PGI is within the valleys and low hills of several municipalities in the Provinces of Modena and Bologna, in the Emilia Romagna region.

The fruits must be processed according to the traditional recipe. The classic method is “concentration through the thermal evaporation of the fruit”, and requires that the fruit are completely ripe when processed. Due to their limited shelf life, the sour cherries must be cooled within two hours of harvesting and transformed within 24 hours, in order to maintain their characteristic quality and avoid abnormal fermentation. The cherries are generally harvested between May 31st and July 31st. The fruits are destoned and destalked; after the addition of sucrose, a minimum of 35% of the product’s weight, the fruit are left to rest for at least 30 minutes at 60-80°C before the final transformation process. The use of colourings, preservatives, additives or thickeners is prohibited, as well as any other sugars apart from sucrose; these regulations are aimed at offering a completely traditional high quality product.

Amarene Brusche di Modena PGI preserve has a soft consistency and a reddish-brown colour with dark highlights. The flavour is characterised by a good balance between sweet and sour and this distinguishes it from other preserves.

Sour cherry preserve is part of Modena’s ancient gastronomic traditions. Its origins go back to the Renaissance and its production in the region is documented in many literary works. In L’arte di ben cucinare et istruire, written by Bartolomeo Stefani in 1662, there is mention of a recipe for sour cherry preserve. At the end of the XIX century, Pellegrino Artusi in La scienza in cucina e l’arte di mangiar bene included a recipe for a typical tart made with sour cherry preserve in his cookbook, and wrote that their “brusche” (sharp) flavour gave the tart a unique connotation. At first it was a niche cultivation, but at the end of the XIX century, cherry cultivation began to find ideal conditions on the land between the provinces of Modena and Bologna. It gradually became an intensive cultivation, with a large increase in production.

Amarene Brusche di Modena PGI preserve must be conserved in its original packaging, in a cool, dry place; once open it should be kept in the fridge. Characterised by an unusual sour taste, it can be eaten on its own as a dessert or used to make tarts and cakes. It pairs particularly well with ice-cream. A traditional Modena recipe is the crostata di marene, a sour cherry tart made with short crust pastry and covered with sour cherry preserve: the combination of the very sweet pastry and the sourness of the preserve give it an unmistakable and unique taste.

The product is marketed as Amarene Brusche di Modena PGI. It is packaged in glass or tin-plated recipients with a capacity ranging from 15 to 5,000 ml.

Amarene Brusche di Modena PGI preserve has unique organoleptic characteristics, given to both the variety of sour cherry used and the high percentage of fruit, which constitutes at least 70% of the finished product.